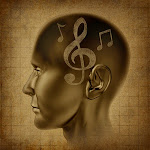 I always salute females for their journey through this phase of permanent cessation of their menstrual cycles. Every day in a female’s life during this phase is a day of untoward worries, social anxieties, physical uneasiness and internal negativism. They try to seek the best mental support from the family around….and the family tries to provide it to the fullest. But in the Indian society the story differs a bit. Indian society or Indian living is an amalgamation of various aspects woven with one another. The male dominance is still prevailing, of course reduced then the previous times. The cultural and religious norms still make women their puppets here.
With the exceptions of a few percent, majority of the females residing in the urban setup in India, working as well as nonworking, have a specific routine dedicated to their family and work. It might sound funny to you, but say for a house-wife; maintenance of home, care for her family, social and domestic excursions ; these all procedures in her daily life becomes a routine and gradually when she reaches the middle age, these all become a part of her behavioral output. It’s good for her to carry out these tasks with great efficacy and vigor during her younger times. But when she reaches her middle age, the things go different. The physiological decaying has been initiated during this age. Besides the inherited pathological abnormalities for which she is suppose to be ready now, there comes an era of Menopause.
Estrogen deficiency leading to the physiological regression of the reproductive organs of the females and related changes, it forms the base of menopause. But for a simple, less educated, religious, family bounded, indian house wife; are the terms “estrogen deficiency” or “menopausal symptoms” or “osteoporosis” or “cognitive and emotional changes” …..Understandable?  My observation and research in this area denies…For them what is important are simple expressions that make them uneasy in maintaining their designed way of life since years. So how Music is applicable here as a therapy in this aspect?


(As said in the lectures by Dr. Parth Oza)

An Interactive Study- Role of Music In controlling Anger and Anxiety in prison inmates By Dr. Parth Oza.

Being imprisoned, is indeed a matter of psychological trauma. Living in an environment of transition away from the impulses of crime and moments of laughter, indeed requires a lot of adjustments. Getting accustomed with a life in jail with a constant darkness of future and internal conflict, is itself a pain. And why not, crime committed by them is indeed punishable and they should be punished for that. Since they have started breathing behind the bars for their offence, as a matter of realization, they should be somehow exposed to the techniques, they fit in, to control their impulsive behavior and make them realize that aggression in impulsive action leads to nothing but Agony. I have always believed that music has a tremendous capacity to en root one with one's own self. Music, may be its singing or playing an instrument, drives you in the world you actually want to be in. My humble effort was to make these inmates realize how music can be used as a weapon to calm their own selves down from the flames of anger and anxiety.


My basic objective was to select a group of 10  inmates as a test group, with their average stay in jail for 5 years, within the age group 25-45. These 10 inmates were selected on the basis of their singing ability through a sample singing test. Those with a genuine singing ability and those who did sing aloud during their daily routines for themselves, were selected as test groups. My objective was to access, through individual interaction, with these 20 inmates, all males, ( 10 as test inmates and other 10 as control inmates), how  singing made the difference in their control for rage and anxiety.


Since these prisoners were always giving tests for their deeds, I preferred talking to them, interacting with them, rather then presenting them a questionnaire or a method of psychological testing. Some basic questions with all the samples, in Hindi and simple language, were like, Describe your Anger or your moment  of anger, your reaction towards it, in your words? ; What is anxiety to you and your correct feeling when you are under tension? How do you relieve yourself when you are severely angry or anxious, and how much time do you take yourself to come out this situation, and how?


I did ask some specific questions to the test group inmates , who had an ability to sing...like What do you usually sing in your daily mood?  do you actually sing when you are in situations of anger and anxiety? How precisely you feel when you sing after an episode of a fight or an anxious situation? Does singing gives you an association to your life outside?


My conclusions were as if smooching my hypothesis on the note of positivity. It was extremely evident from the interaction with the inmates that there indeed were huge number of instances during their stay in jail up til now, instances of fights , violence , arguments and what not,all leading to the basic, anger and anxiety. Of all the 10 inmates who were not singers, the moments, say after an instance of anger, prolonged to a much longer level. Anxious states led them to cry, fight with other fellows,smoke..strive to find ways to calm their minds, which again took many minutes or sometimes to hours. There remained a sense of incompleteness in the revival of their mind state after anger and anxiety to the normal core.


On the other hand, I was pleased to get conclusions from my 10 singer-inmates. I would love to quote few statements made by them and that itself shall make you realize the result of this entire interactive study. " Doctor, there used to be many instances wherein I initiate my fight with someone and in between i run away in my cell. I face a corner and start singing aloud. I do it for a couple of minutes, I cry....I sing....I become calm. Then I don't feel angry anymore."
" My wife comes to see me with my kids. She shouts and cries her agony out to me. After every met I become severely anxious. My mind gets loaded. I find my friend, make him sit in front of me, and start singing my favorite songs. I cry  and then I smile."
"I was falsely trapped by my uncle and imprisoned for no reason since 5 years. I don't have money to hire a lawyer and fight for my innocence. I have my family outside. Sometimes when I think of my uncle, I become violent. My friends here control me and insist me to think about Allah. I  always  start singing only one prayer I know of Allah. I cry, I see my wife's face, I imagine my children playing and I sing more..."


Believe me, these were the kinds of  finding which I happen to get from all these 10 singer inmates being selected as my test group, which clearly indicates that music has a powerful capacity to control the generated impulse of anger to a complete normal state of mind. Singing helps in relieving the situations which are full of anxiety. such an active form of music therapy can be very well utilized to experiment with serious outcomes pertaining to anxiety and anger.


[This study was purely an interactive study, as I mentioned earlier. This study is my framed expression of my findings and observations during my interactions with the Jail inmates, their lives, their music.......I have calculated Statistics on the basis of emotions......:) ]